Search
Is it even humanly possible to make the process of collecting, reviewing, and grading THOUSANDS of index cards fun?
Welcome to today’s Boss Battle! Attack The Barracks: Part 2.

Last time, we talked about the first round of a gamified “boss battle” activity, in which we turned what would otherwise have been a boring old note card review process into an all-out war of students against the Big Bad computer. Super quick to set up, and super effective for providing targeted, meaningful feedback at an all-important checkpoint while students in my Honors American Literature class work their way through the otherwise arduous process of compiling 50 note cards for use in what will ultimately become a 10+ page research paper.
The Challenge:
Make the note card writing, review, and collection process even the slightest bit more joyful and engaging, so students will stop just churning out hastily created “filler” note cards of little substance and focus instead on crafting quality building blocks for research that will inevitably make their writing process SO. MUCH. EASIER.
The Game:
“Attack the Barracks.” A two day activity designed to challenge players to work individually and with teammates to critique, revise, and ensure that their note cards are up to par in preparation for the next stage of literary research paper writing. On day one of the activity, players were asked to come to class with 30 note cards to a quality standard looking something like so…

On the first day of the game, students brought 30 note cards into class apiece and “battled” the Big Boss computer by scoring points for individual note cards that were formatted to standard in order to get the hang of what did — and DIDN’T — count as a quality piece of research annotation. At the conclusion of class, students were instructed to take all of their materials home, and prepare for the Big Boss battle rematch by getting all of their note cards up to snuff. And if they learned what they did wrong on day one and corrected a bunch of their note cards along the way? Win/win. Not only will it improve their grade (and their eventual research paper) — it’ll likewise improve their gameplay.
Because on day two: each student will need a total of 50 quality note cards apiece. And this time, I’m collecting EVERYTHING when we’re done.
Ready to play?
The Premise:
For today’s game, player groups (teams of 4-5) will work together to review, critique, and swap properly formatted note cards in exchange for individual “bricks” that each team can use as they create the strongest research paper barracks possible.
BUT.
The Setup:
Setup took about 10 minutes for the 86-minute block class, but that was mainly due to the simple fact that I was about to be collecting some 2,000 or so individual note cards from students — and so I wanted to make sure that nothing got lost in the shuffle. To do so: every student flipped their completed note cards face-down on their desks and spent the first 2 minutes of class WRITING THEIR INITIALS IN GIANT. FREAKING. LETTERS. ON THE BACK OF EVERY. SINGLE. CARD.
To make everyone’s life easier, students were divided into four teams, and — using roles inspired by the four gamer types reflected in The Bartle Test — each player type had a special power. Each team member had the choice of what character they would like to play for their team (all groups needed at least one player of each type, with extra players doubling up as need be).

Materials Needed:
To echo the concept of how note cards function as “building blocks” for a well-structured research paper, today we’ll be using actual LEGO bricks — with the ultimate goal of building the coolest LEGO fortress that you possibly can. If you’ve got an old tub of these puppies kicking around the house (or a friendly colleague with young children) — you’ll probably need about a thousand pieces or so.
To add one last “personal” touch, I likewise provided each individual student with his or her own mini-figure to act as their avatar for the game (life hack: buy cheap off-brand LEGO minifigures in bulk!). The only rule was that every character’s avatar had to fit into their finished “barracks” once the final bell had sounded to end the game.
Finally, you’ll need: 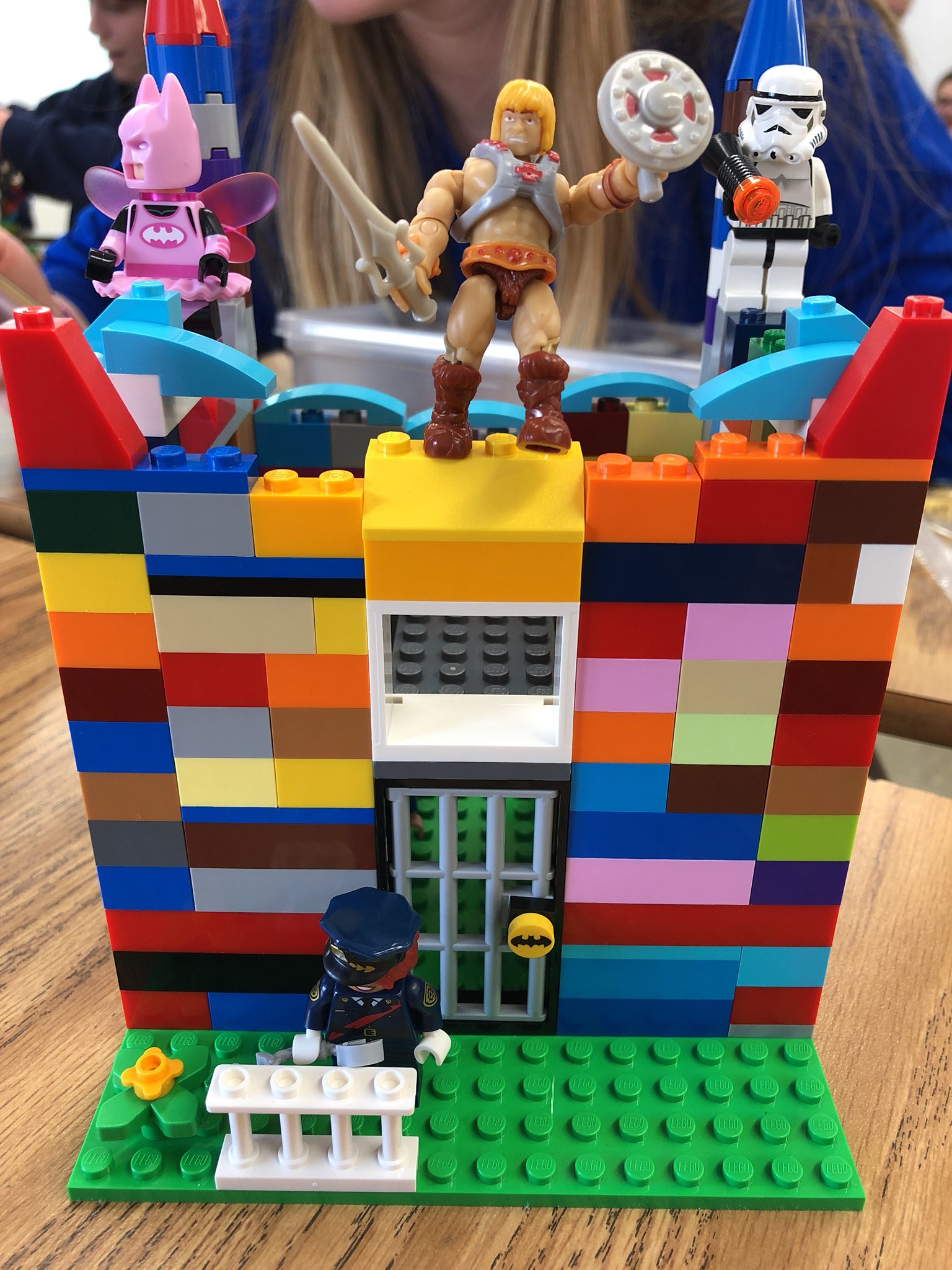 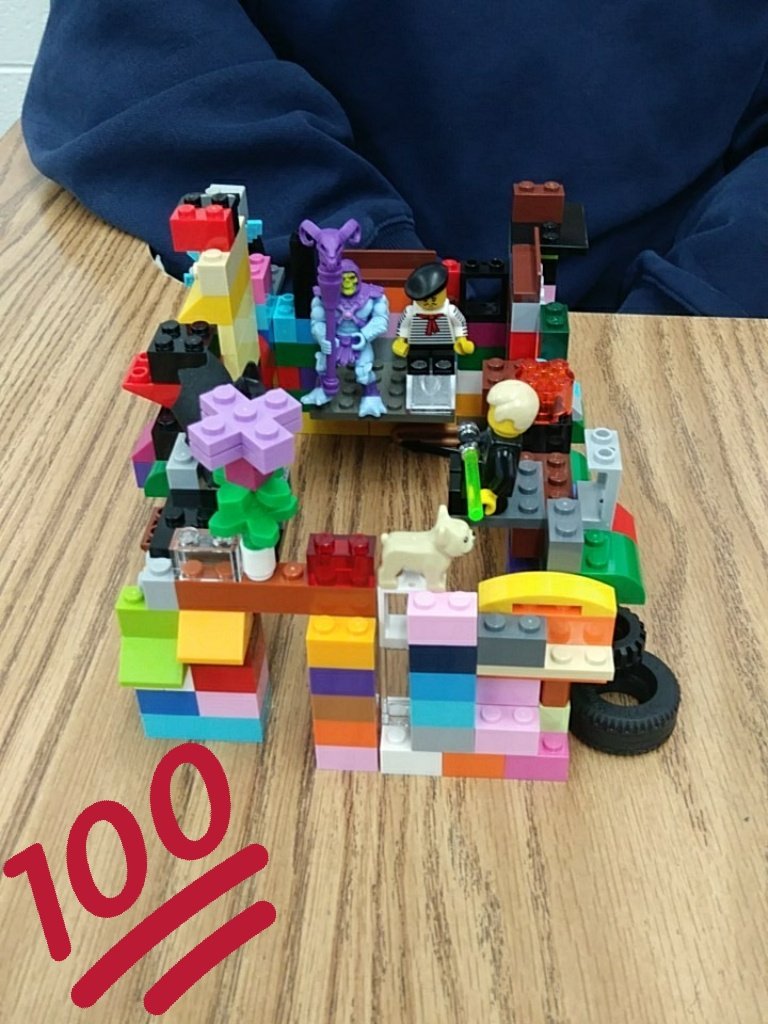 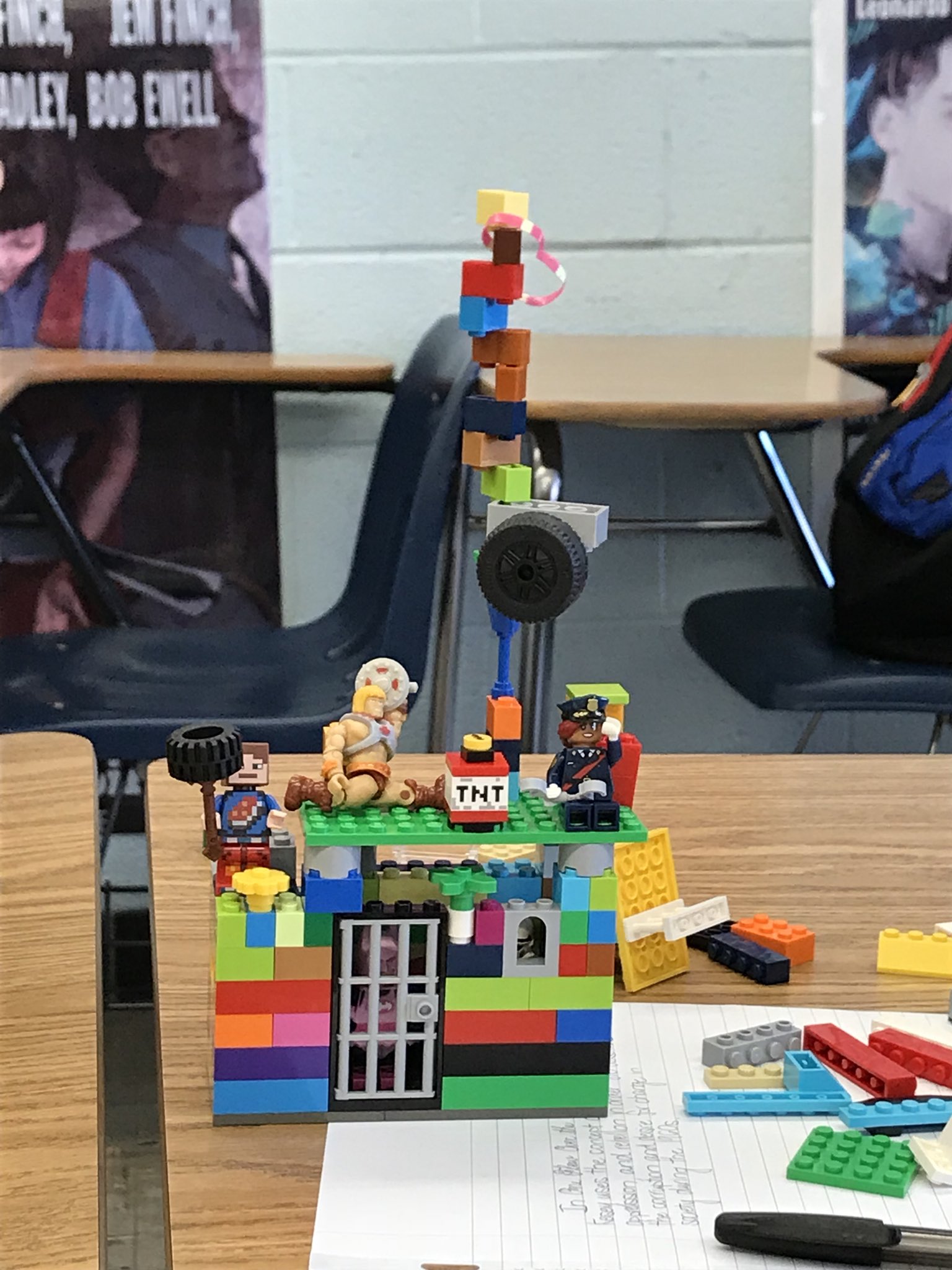 Answer: we all win. Students have a blast completing an activity that might otherwise have been an educational death march. And like 99% of my grading is already done before the class is over.


The gameplay is specifically designed to reward and validate students for demonstrating their knowledge of what constitutes only the highest quality note cards. Through the activity’s perpetual kinesthetic nature and teamwork-driven mechanics, even students who might not have had 100% top quality note cards still get to spend a day literally scouring through HUNDREDS of examples of peer work products, which reteaches the value of using note cards as “building blocks” for long-form research — and makes that assignment grade of 35/50 a heckuva lot easier to swallow since we’ve spent an entire class period demonstrating the connection between what a note card is and the precise function that it’s designed to do.


And THAT is something that everyone can build on.

John Meehan (@MeehanEDU) is an English teacher and school instructional coach at Bishop O’Connell High School in Arlington, Virginia. He began his teaching career in 2010 as a career switcher through The New Teacher Project, after spending five years working in social media and event marketing. He is a 2017 ASCD Emerging Leader, and an alumnus of the 2016-2018 Bill & Melinda Gates Foundation Teacher Advisory Council. In 2016, he was named one of Arlington, Virginia’s “40 Under 40” by the Leadership Center for Excellence. He is a past presenter and regular attendee at educational conferences throughout the United States, including the annual conference for National Catholic Education Association, ASCD Empower19, and the Play Like a Champion Today: Character Education Through Sports summer conference at the University of Notre Dame. He’s an avid runner who’s completed more than three dozen marathons, half marathons, long-distance road relays, mud runs, and obstacle course races. John lives in Silver Spring, Maryland. View all posts by John